To celebrate our upcoming show at SXSW, my band Edmund Evans is giving away our newest EP, “Leaves” for free!
Download the “Leaves” EP for free! 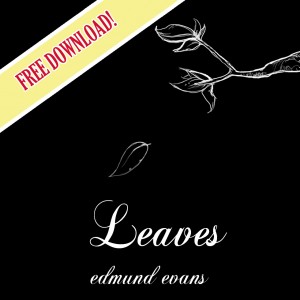 I am no longer playing at Anderson Fair on April 12th. Instead I will be the guest host (!!!!) on May 31st. Anderson Fair mainstay Wayne Wilkerson will be there to help me, and the other artists featured will be announced soon.
For anyone who’s never been to Anderson Fair before, it’s one of the best venues for songwriters I’ve ever seen, and definitely my favorite in Houston (and they serve Leinenkugel’s, which reminds me of Minnesota). Edmund Evans has performed here twice, but this will be my first time performing solo, and I’m really excited!